For the love of the car: how our desire for autonomy has taken us — and our cities — hostage

One bright March morning, a seventy-year-old man set out from New York City Hall, aiming to walk across the United States to San Francisco — in 100 days. He encountered terrible roads, uncooperative weather, and more than the occasional blister. But, as a professional pedestrian, this was his life’s work: walking, often more than 50 miles a day.

The walk occurred in 1909, and is the subject of a marvellous new book by Wayne Curtis titled The Last Great Walk. The man was Edward Payson Weston, who was credited with the rapid rise to fame of pedestrianism as a career choice in the late nineteenth century. 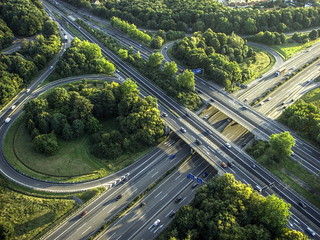 How could someone attempt such a feat today? Sadly, even with an iron will and an uncommon constitution, it would be near impossible to replicate. The land along the route has been parceled out and privatized nearly the whole way, and most of the roads Weston walked are now interstates or other major highways. We’d probably just drive it instead.

Bipedalism has yielded to the speed, convenience, and autonomy of four wheels. But what have we lost, in gaining the automobile?

Treading lightly upon the Earth, then taking over

Obviously, the environmental concerns are well-known. Single-passenger cars emit over 10 times more greenhouse gases (through their production, use and disposal) than bicycles do in their lifetimes. Add to that the sheer cost of having one, two or more cars per household (the North American average is about $10 000 per year) and the toll on our bodies of sitting at a wheel rather than moving on our own steam. It’s a huge cost.

In a book designed to introduce children to various modes of transit, Brazilian architect, mayor and urbanist Jaime Lerner characterizes the auto (“Otto”) as a grumpy and irascible character. “He is invited for a party, he never wants to leave. The chairs are on the tables, and still drinking — and he drinks a lot. And he coughs a lot. And he asks always for more … He’s very demanding person.” Demanding: more freeways, more parking, more space. (Accordion the bus, in contrast, can carry 300 Brazilians “or 275 in Sweden.”)

What’s wrong with this picture? Imagine planning your parties around someone like Otto – drunk, egotistical, demanding. And yet this is exactly what we have done with the automobile. We have planned our lives around it. We keep building more and wider roads to manage congestion, when more roads only lead more people to take up driving, which exacerbates the problem. And we’ve paved paradise, everywhere, to put up parking lots that are underutilized to the tune of billions of dollars, covering land that could be used for parks, residential buildings or open public space.

Yet living without a car is still an unusual (and in some places suspect) lifestyle choice. Few would give up their wheels, even with the downsides, because of how we’ve planned our cities and neighbourhoods, often without reasonable alternative transit options. We’re trapped in our car dependency. 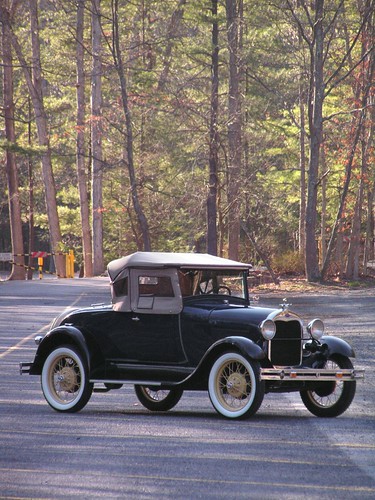 It’s ironic, because when they first came on the scene in the early 1900s, cars were heralded as freedom on four wheels, a return to democracy after the previous century of rail tyranny. Unlike trains, which were fixed to specific routes that may or may not have led to where you wanted to go, automobiles could be driven door to door. They were touring vehicles par excellence that would allow unparalleled access to the corners of the world. In a car you could get as close to nature as you wanted. You could drive right into a national park and appreciate its sublime beauty. And thus automobiles were seen as a way to feel closer to nature.

Gone too were the days of segregated rail cars by class, the luxury of the Pullmans with their route-specific china and flatware contrasting mightily with the wooden benches of third class. Automobiles would be available to all comers. (Never mind that the only people who could afford cars in their first decade or so had to be wealthy enough to lay out the cash for the machine in the first place, then have enough time to spend fixing its inevitable breakdowns, or paying someone else to do so. In this way they were the early-twentieth-century equivalent of Tesla owners driving from one battery swap station to another.)

Democratic, autonomous, “natural.” It didn’t work out that way.

We all know cars are a status symbol. Having one at all still signifies independence, and the type further distinguishes the economizer from the sport racer from the lover of luxury. Cars became a $1.7 trillion business because, like all consumer goods, they form part of the image we want to project to the world. They feed our egos.

Transit by automobile has proven to be a significant factor in dividing societies. Consider commuting: for most of human history, people lived where they worked, or very nearby. A daily commute in the nineteenth-century was more likely to take those who could afford it further from their workplaces into better neighbourhoods. But even then communities remained relatively heterogeneous because it was difficult to go any serious distance on a daily basis. 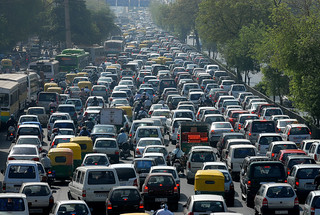 Today most North Americans commute an average of 30 minutes per day, and mostly by car. The ability to cover a greater geographical distance day-to-day has resulted in “privatopias,” communities segregated by economics, politics and other affinities. In the Bay Area, reports of 60-mile commutes (almost 2 hours each way in traffic) to work a minimum-wage job in an area that doesn’t support its employees being able to live there are not uncommon. So we end up with communities segregated so much they barely interact, and know so little of each other it becomes easy to forget they even exist. Contrasted with the interactions or even just exposure that walking, biking or transit can provide, it’s easy to see how automobiles increase social distance.

Of course, California has a historic and well-known car dependency. Where I live, in the downtown core of one of the ten largest cities in America, automobiles are still the undisputed kings of the roads. Sidewalks end abruptly, and without warning. Properties are evaluated by their distance from local freeways (the more quickly one can get stuck in traffic the better, it seems). In the lead-up to an interview with the local public transportation agency, a friend received directions to the nearest parking lot.

The light from the oncoming big yellow taxi

Yet things are looking up. With over 50% of the world’s population now living in cities, forward-thinking planners are building better non-automobile transit options every year. The rise of the so-called sharing economy and with it companies like Uber, Zipcar and BikeShare mean people no longer need to privatize the utility of time and place, and can have a more flexible relationship to cars without ownership. Every year more parking spaces are turned into “parklets,” even if just for a day, to show the alternatives to having huge swaths of land dedicated to parking spaces. People under 30 are buying fewer cars than their 1980s equivalents. And not owning a car is a kind of new status symbol, one that shows a sense of environmental acuity. 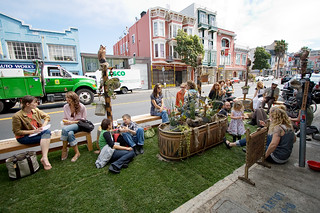 But until we take to the streets — literally — to make them what they used to be, public ways for all and not just a place for four-wheeled speeding bullets, the dominance of the automobile will continue. It’s worth remembering the ways traversed by our pedestrian hero Edward Payson Weston, who completed his 4000-mile walk to San Francisco on schedule, even while taking Sundays as rest days. Some years later, he was hit by a taxicab in New York City, and never walked again.

So consider not taking the car today. Take a walk and smile at a fellow traveller. Ponder how healthy it is to be outside using your feet. Fall in love with a building detail you can only see from the pavement.

Tread softly, because you tread on my dreams.

This entry was posted on Thursday, October 30th, 2014 at 3:45 pm and is filed under Uncategorized. You can follow any responses to this entry through the RSS 2.0 feed. You can leave a response, or trackback from your own site.